Dubrovnik is the most southern city in Croatia, and the most practical way to reach the city is to do so by air. There are daily flights to Dubrovnik from all over Europe. George Bernard Shaw was enchanted by this beautiful city: for him, it was paradise. Millions of people also take home happy memories from this “jewel of the Adriatic”.

You will probably enter the old town through the Pile Gate – in front of you is the Stradun. Here you will find the Onofrio Fountain, built in 1438. On the right is the Franciscan Monastery, with one of the oldest functioning pharmacies in Europe, in operation since 1391. At the other end of the Stradun, you will find the locals’ favourite meeting place, the Orlando Column, with the nearby Sponza Place and the baroque church of St. Blaise. Here is also the Rector’s Palace, built in 1441, which is now a city museum packed with valuable and historic exhibits.

Opposite the palace through a narrow street is a square, Gunduliceva Poljana, which is the site of the busy morning market. In the same square is the Jesuit Monastery from the early 18th century. From here you can head for the little old town port and visit the city walls, built between the 13th and the 16th centuries, which encircle the city and which have been remarkably preserved.

If you are visiting in the summer, do not miss the world-renowned Dubrvonik Summer Festival, with music, theatre and dance performances. The version of Hamlet on Lovrijenac Tower is magical. 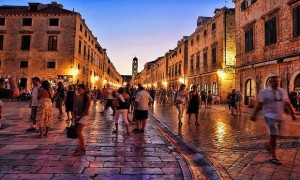 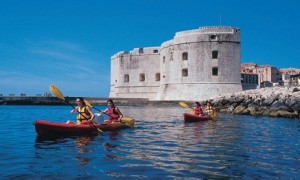 The climate in Konavle is Mediterranean with a warm spring, a warm and (sometimes) rainy autumn, a mild winter and a hot and dry summer. With 260 sunny days a year, this area is one of the sunniest in the Mediterranean (approx. 2,600 sunny hours). In the summer, air temperature is approximately 30 degrees and the sea temperature is around 25 degrees.

Soline village, to Konavle region which is the most south-eastern part of Dubrovnik area acquired by the Dubrovnik Republic in the 15th century. The region is known for its stone architecture of high quality as well as for its artistic handicrafts

Konavle offers to the visitors many interesting excursions based on the tradition and customs, handicrafts, folklore and the unique national costume. Čilipi, which is 5 minutes drive from the apartment, is a cultural centre of Konavle, well known for its Sunday folklore performances were tourists may see the traditional dances, the beautiful national costumes and the typical Konavle Embroideris . The submarine area of Cavtat and Molunat offers the rinds of roman shipwrecks that took place two thousand yars ago.

In the warm atmosphere of the ancient centre of Cavtat the house, atelier and gallery of Vlaho BUKOVAC the most important representative of Croatian academic realism, should be particularly mentioned. Mausoleum of Racic Family on St. Rock in Cavtat is a masterpiece of the famous sculptor Ivan Meštrović. This area is especially interesting to visit during the Dubrovnik Summer Festival when throughout the summer, there are numerous theatre plays and concerts around Dubrovnik. They make an excellent base to explore the surrounding region by car

Additional attractions in area include horse back riding, diving and excursions to Elafiti islands and Cilipi folklor dance. We can book for you one of full or half day tours from Cavtat. The most interesting are Montenegro (Kotor-Cetinje-Budva), Međugorje, Mostar – old town, Islad Mljet (national park) and Canoe Safari. 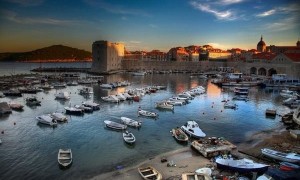 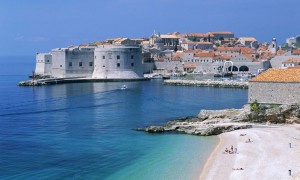 Lokrum is a green, romantic island near Dubrovnik. This oasis is one of the most attractive destinations for Dubrovnik people and all city guests. With its sunny bays, lovely sea scent, most vivid subtropical vegetation, stroll along shady paths and the Benedictine monastery, visitors are left with unforgettable impressions. Lokrum Island is a protected nature park. The highest point of the island is a fortress, which is now viewpoint with the best view at the island and Dubrovnik. One of the special attractions of the island is a lake called “dead sea.” 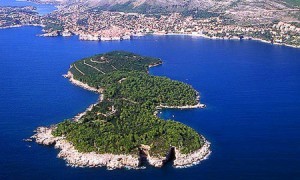 Transportation to Lokrum is organized from the old port with tourist boats, which start in the season at each a full hour and every half hour, and in the main season every 15 minutes. Port on the island staged in the Bay Portoč.Boat ride takes about ten minutes. You can buy the tickets ahead. Return ticket price for adults is 40 kn, children under 15 years,15 kn for organized groups of 30 kn per person. If you do not arrive on a regular trip to reserve tickets can be bought at the port Portoč, priced at 20 kn.