The climate in Konavle is Mediterranean with a warm spring, a warm and (sometimes) rainy autumn, a mild winter and a hot and dry summer. Settlements in Konavle preserved their traditional aspect with stone houses, cultivated land and the traditional way of living.There are numerous standing tomb – stone Necropolis in Konavoska brda. The itinerary along Gornja Banda in Konavle includes the interesting rural architecture (Miljanići in Uskoplje) and the medieval fort of Soko-grad, once important stronghold situated in the mountain pass towards the Herzgovinian hinterland. Franciscans Monastery with church of St. Blaise in Pridvorje is the largest building in Konavle erected by the Republic of Dubrovnik. Dubrovnik, with its rich history and visiting sights is only 15 minutes away too.

Čilipi, which is 5 minutes drive from the apartment, is a cultural centre of Konavle, well known for its Sunday folklore performances were tourists may see the traditional dances, the beautiful national costumes and the typical Konavle Embroideris .
The submarine area of Cavtat and Molunat offers the rinds of roman shipwrecks that took place two thousand years ago.

Miho Šiša Konavljanin a painter, exhibits in his gallery in Mihanići the scenes from the life of Konavle people and the authentic landscapes, preserving them that way from the oblivion. In the warm atmosphere of the ancient centre of Cavtat the house, atelier and gallery of Vlaho BUKOVAC the most important representative of Croatian academic realism, should be particularly mentioned.
Mausoleum of Racic Family on St. Rock in Cavtat is a masterpiece of the famous sculptor Ivan Meštrović.

Rector’s Palace on the Cavtat waterfront, built in 16th century, once the seat of Dubrovnik rector, today is an art gallery that includes a collection of art left by Baltazar Bogišić, a jurist and writer from the 19th century.

This area is especially interesting to visit at the beginning of February, during St Blaise’s Festival and during the Dubrovnik Summer Festival when throughout the summer, there are numerous theatre plays and concerts around Dubrovnik. 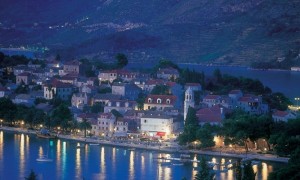 Cavtat is the largest and the only urban centre in Konavle that has been built up deliberately. It is located on the peninsula of Rat, which surrounds the well protected and accessible bay together with the peninsula of Sustjepan. In its harmonious architecture, the centuries-old natural, spiritual and material affiliation to the Dubrovnik Republic can be observed.

Cavtat, the antique Epidaurus, was an important Roman colony in this region, which expires after the breakthrough of the Slavs and the Avarians into this area after the decline of the Western Roman Empire, and their inhabitants flee to the neighbouring settlement Laus-Rave-Ragus, wherefrom Dubrovnik arose. In historical sources, Cavtat is also mentioned with the name Ragusa Vecchia, what clearly testifies to the connection of these two cities. In the times of the Dubrovnik Republic, Cavtat was the second most important seaport, place of trade and of administration in the Republic after Dubrovnik.

Places like Cavtat offering so much to the visitors are quite rare. Its scenery, the rich cultural and historical heritage along with the range of services offered to tourists meet the demands of the present day tourists, thus making it one of the most attractive destinations on the Adriatic coast. Cavtat is located between the magic city of Dubrovnik on one side and beautiful Konavle on the other. There one can still feel the spirit of the past time and experience the centuries old tradition of our ancestors. It is an ideal holiday resort. Each visitor can discover his own wishes, enjoy the hidden coves at peace, long walks at the seaside or spend active holidays going in for recreational sports and entertaining cultural programmes.

Legend on the genesis of the name of Cavtat

The legend about the development of the name Cavtat is interesting, because it says that two suitors had asked the beautiful Cavtislava’s hand in marriage, the daughter of the Epidaurian ruler, so that the father decided to give her to that suitor, who would perform the bigger task. One of the admirers, the commander Stjepan, should bring aquaviva from the source Vodovađa in Konavle, and the other one, a brave knight and seafarer, should bring a ship full of silk from the wide world. On the day of the festivities of the opening of the Epidaurian viaduct, the beautiful Cavtislava should first satisfy her thirst with water from a golden jar, but before, a big lizard jumped out of the water directly onto the girl’s lap. Cavtislava’s heart failed for fear and she immediately dropped dead. According to tales in the common tongue, the unfortunate seafarer, whose ship was sunk by a huge storm directly in front of Epidaurus, and who therefore was not able to fulfil his task, put the lizard into the viaduct since he could not bear the loss of the girl. In memory of the beautiful Cavtislava, at this place arose Cavtat, after an earthquake had destroyed the town.

Another legend says that Cavtat derives from the Old-Croatian verb ‘captiti’ – ‘to blossom’, referring to the yellow juniper, that so widwspread sparkling plant with a sunny aura. The legend relate its doom to the catastrpohes after which the indestructible Cavtat would come back to life again and anew. “… down there, there’s something adorned with gold blossoming it the reef…”

You can reach Cavtat from Dubrovnik by sea, a boat line departing from the Dubrovnik Old Port. 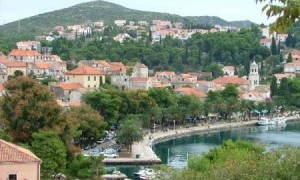 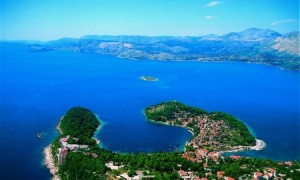